Has anyone ever used Keddy car hire  - a budget version of Europcar I think. I just wondered if they accepted it when you have your own excess insurance. I've just had an Auto-Europe guy telling me that some car hire companies insist you buy their insurance or they dont let you have the car. We've never had a problem but we've not used Keddy before. I'd be grateful if anyone can give me any information on this.

No personal experience. You may find this helpful:   http://www.tripadvisor.co.uk/ShowTopic-g186216-i15-k8465298-Keddy_car_hire_reviews-United_Kingdom.html

Thanks ghiro. I looked at the site and opinions were mixed as on most review sites about hire cars. I didn't see any truly awful ones so just hope everything will be ok.

Good luck and please tell us how you get on.  The 3 things I always check before hiring a car are:
1) Unlimited mileage
2) 'Supercover' is not compulsory (ie you can use your own excess insurance) and
3) Do they have a 'return fuel full' policy?

The trouble is I cant find a way to check about the insurance. Auto- Europe, the broker we usually use, seem to just warn people now that some companies are insisting you use their insurance as a way of generating income in these hard times and I cant find a tel no or email adress to contact Keddy direct. I'll look again to see if I can find Keddy's terms and conditions.

Absolutely agree with ghiro, especially the fuel policy.  Firefly is part of Hertz and all the high mileage vehicles or cars that have been involved in minor accidents are offered through Firefly at a reduced cost. Seems Europcar is now doing the same. We’ve used Firefly once and never again, car underperformed and more importantly we weren’t aware of the fuel policy i.e. bring it back empty which is very expensive unless you intend to do lots of driving but then it’s still in their favour.  Is it stated in the terms and conditions upfront that purchasing their insurance is a requirement?  So annoying all that high-pressure sales spiel…I always get in first by politely telling them at the time of giving my booking details that I don’t need anything extra 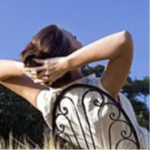 Update - I have managed to get a phone no for Italy and been assured we wont be forced to buy their excess insurance. I always check about the full to full policy and unlimited mileage when booking, it was just the insurance question. By the way we have often used Firefly without problems and even locauto which had awful reviews but have had nothing to complain about so far. I thought we'd try Keddy as in general Europcar has a good reputation. If you look at the review sites for most car hire companies there will be a big heading DO NOT HIRE A CAR FROM THIS COMPANY! Even the Hertz and Avis sites have some bad reviews. Sometimes you just have to take a chance, but I have friends who were forced by Goldcar to buy their excess insurance, even though they had already got some. I would never book Goldcar.

A friend of ours arrived at Pisa with a confirmed Goldcar booking.  When he went to pick the car up he was asked for his credit card.
'Sorry but we don't accept American Express'
'OK' he said 'here's my debit card'
'Sorry but it's company policy not to accept debit cards'.

So his wife had to drive to Pisa to collect him!

Glad you’ve had the reassurance La Alma. I can’t see how any company can force you to take anything whatever the product or service is if it’s not clearly stated upfront in the terms and conditions at the time of booking. Let us know your experience.

True, most car hire companies have mixed reviews. We’ve just been looking at car rental for our visit later this month and I’ve been totally put off by the reviews on Europcar at Nice airport. Back to basics for us … walking, cycling and public transport

Have used Keddy at Stansted with no problem.  Cars from Europcar pool.  Only difference is there is limited mileage and a much larger excess.  As we only use the car instead of a taxi to return home for short periods and have annual excess insurance neither of these issues are a problem.  Fuel policy was full to full - will not entertain anything else.  Similar with Interrent which is also part of Europcar, although have just got unstuck at Heathrow as the Interrent desk is not with Europcar and I didn't read the blurb properly so they had to send a bus out for me!  Virtually brand new Fiat 500 for less than 10 pounds a day at Heathrow - don't think you can grumble at that.

Have used Keddy at Stansted with no problem.  Cars from Europcar pool.  Only difference is there is limited mileage and a much larger excess.  As we only use the car instead of a taxi to return home for short periods and have annual excess insurance neither of these issues are a problem.  Fuel policy was full to full - will not entertain anything else.  Similar with Interrent which is also part of Europcar, although have just got unstuck at Heathrow as the Interrent desk is not with Europcar and I didn't read the blurb properly so they had to send a bus out for me!  Virtually brand new Fiat 500 for less than 10 pounds a day at Heathrow - don't think you can grumble at that.

My auto-europe info says unlimited mileage for over 5 days rental, but limited if less, so we should be fine.

I recently booked with Keddie through rentalcars.com. As has been said before here, they are the "low-cost" branch of Europe Car. I booked and picked up the car no problem as I have done with many other companies before, but on returning the car I was charged 200€ as opposed to the 115€ I expected, as I had a maximum mileage of 750 km (150 km/day), and I did over 1000 km. This LIMITED mileage was stated in some obscure. not obvious place in the documentation I was sent on renting the car. Granted it was careless on my part not to read the "small" print, but having rented many cars before, I thought it was just the usual blah-blah. You wouldn't expect a reputable company to make their money trying to deceive their customers. I won't rent with Eurpecar or Keddie ever again.

ttulli, many thanks for your very helpful and informative post, and welcome to this community,

It is posts like this that helps everybody, we all too often sign on the dotted line, some of the small print is just so hidden and it is quite sad of 'reputable' companies resorting to this. Travelling is stressful enough (to me anyway), and to have to battle through a load of small print is just not on !

We returned from Italy 2 weeks ago and our experience of 3 weeks of Keddy car hire was faultless. Although we'd booked the cheapest car it turned out to be a diesel car, which even surprised the woman on the desk. There was no pressure to buy extra insurance. The car itself was smart and reasonably newish and very comfortable. In our middle week we travelled extensively and there was no issue on mileage. It did state quite clearly on our auto-europe info on what is and what is not included that for more than 5 days there was no charge on extra mileage. Maybe it was rentalcars fault for not making the terms clear. So far no complaint at all. The trouble with car hire is that it can be 2 or 3 years later when you find you've been charged for something you'd no idea about eg. going into a limited traffic zone by accident. We'd certainly book Keddy again if they had an offer price. Last time I looked at auto- europe for our next holiday Keddy were really expensive, even more than Europcar, and Keddy are supposed to be the budget version of Europcar!